One of the foremost contemporary Cuban artists, Carlos Luna is part of a generation of artists who embrace their strong Cuban heritage and traditions but have reinvented themselves along the way.

This exhibition is organized by guest curator Dr. Barbaro Martinez Ruiz and showcases Luna’s cross-pollination of influences from living and working in Cuba until 1991, then in Mexico for 13 years, and now in Miami since 2002.

The exhibition spans 5,000 square feet in the museum’s Grand Galleries. It features more than 120 artworks, most shown for the first time and some created in new mediums the artist has been experimenting with during the past four years, including: Jacquard tapestries and works on metal sheets with patina and aluminum leaf, created at Magnolia Editions; Talavera ceramic plates created in Puebla, Mexico; mixed media on paper/on wood; and his large-scale oil on canvas paintings.

“Citing Rufino Tamayo and Wifredo Lam as major influences, Carlos Luna tells stories and relates fables that are culturally attuned to shifts in the social and political environments of the three countries where he has lived and created art,” said the Director of the Patricia & Phillip Frost Art Museum FIU, Dr. Jordana Pomeroy, “and the humanity that makes these places so vibrant.” Carlos Luna has worked as an artist during three equal periods of time in Miami, in Puebla, Mexico and Cuba. Luna continues to create his Talavera ceramic pottery at the famed Santa Catarina Studios in Puebla, Mexico. He also works at the Magnolia studios in California where his tapestries are designed and produced.

According to guest curator Barbaro Martinez Ruiz, the exhibition at the Frost Art Museum FIU draws upon Cuba’s rich, oft-forgotten rural culture and popular wisdom, plus Afro-Cuban religious traditions. The work itself teems with edgy political commentaries, delivering a verbal-visual punch to map his journey with proverbs, riddles and graffiti-like scrawls. Adds Carlos Luna: “The United States is a country with immigrants from everywhere, and this gives me the opportunity to be in contact with the world.”

This exhibition is made possible with the support of Bacardi North America, Siempre Viva Art Foundation, and the Israel, Rose, Henry and Robert Wiener Charitable Foundation in Honor of Dr. Carol Damian.

– To read more about Carlos Luna and his biography, please visit www.carlosluna.com. 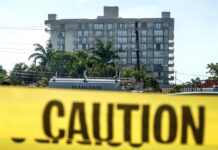 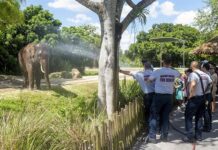