Born just a little over one-thousand miles south of Lakeland, Florida, Alberto J. Rodríguez was born on the island of Puerto Rico in the city of San Juan. At the age of three, he moved to the Empire State – New York – where he lived for six years. In the year of 2002, moved down to Lakeland, Florida. Throughout the years, Rodríguez got to see Lakeland grow before his eyes and he eventually came to love Lakeland as his true home.

Al Rodríguez was accepted into Harrison School for the Arts, for their Visual Arts program. During his attendance at Harrison, Rodriguez grew a love and passion for public service. During his tenure at Harrison, Rodríguez took part in two Rotary speech competitions and even had the honor of representing the school in Washington D.C. during the Congressional Classroom Competition (Under former Representative and current Commissioner of Agriculture Adam Putnam.). After graduating Harrison, Rodriguez decided to attend Polk State College as a Business Admin. major. Always seeking to be involved in community service, Rodriguez also volunteered often for the local Puerto Rican/Hispanic Chamber of Commerce of Polk County. Rodríguez also served time on the Mayor’s Business Advisory Council under former mayor Gow Fields. He also joined and is currently an alumni of the Polk Sheriff’s Advisory Council (2013-2014). Currently Rodríguez is a member of the Hispanic Advisory Council to the Mayor of Lakeland.

Currently Rodríguez is running for City Commission, of the North-West District, because he wants to continue serving his community; he wants to continue being part of the process for progress. As a candidate who is fueled by a passion for public service and a love for his community, Rodriguez hopes to become Lakeland’s newest commissioner this coming November and also its youngest and first Hispanic commissioner.

Last Friday, during Lakeland’s First Friday celebration, launched his campaign. The campaign event was held at Preservation Hall in downtown Lakeland. A fairly sized audience attended the event and interacted with the candidate. He believes Lakeland has the potential to become the next jewel of Central Florida, but in order for this to happen Rodríguez believes that Lakeland needs to elect a “fresh, passionate face with a diverse background.” who can better represent the growing diversity in Lakeland. Rodríguez’s campaign is based on the notion that it is time for a New Dawn in Lakeland. The election is set to be held this November 3rd, and is open only to Lakeland residents. 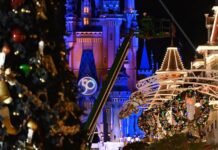 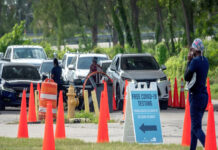 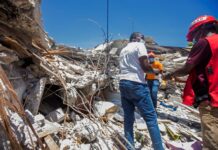